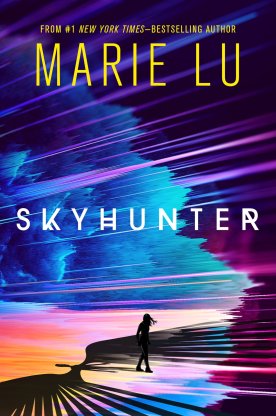 In a world broken by war, a team of young warriors is willing to sacrifice everything to save what they love.

The Karensa Federation has conquered a dozen countries, leaving Mara as one of the last free nations in the world. Refugees flee to its borders to escape a fate worse than death—transformation into mutant war beasts known as Ghosts, creatures the Federation then sends to attack Mara.

The legendary Strikers, Mara’s elite fighting force, are trained to stop them. But as the number of Ghosts grows and Karensa closes in, defeat seems inevitable.

Still, one Striker refuses to give up hope.

Robbed of her voice and home, Talin Kanami knows firsthand the brutality of the Federation. Their cruelty forced her and her mother to seek asylum in a country that considers their people repugnant. She finds comfort only with a handful of fellow Strikers who have pledged their lives to one another and who are determined to push Karensa back at all costs.

When a mysterious prisoner is brought from the front, Talin senses there’s more to him than meets the eye. Is he a spy from the Federation? Or could he be the weapon that will save them all?

‘We are legendary bringers of death, assassins of monsters. And the only thing standing between our home and annihilation.’

Wow. I did not expect this. I don’t really know what I expected but I really loved it.

Unable to speak, refugee Talin is now fighting for Mara against the Karensa Federation and their Ghosts. A defecter is captured and Talin is paired with him….I don’t really want to say anymore about the story, so instead, rambles!!!

I spent the first 20% of the book being bugged to heck that Karensa sounded so familiar and then I realised its in Jay Kristoffs Illuminae Files series. Is this a nod to him? Are they the Early Ones? I couldn’t find anything about this on the tinterweb and it frustrated me…..and then I thought it must be me going mad so I put it out my mind!

I’d say this was fast paced (which I love!), had a great message of the family you find but also the vile, horrible effects of war which it didn’t sway away from and great world building
Talin and Red were just omg adorable but there was no romance and I really wanted there to be, maybe the next book (please, please!)

The ending made me wanting more! It was so action packed I found myself out of breath!

One thought on “Review: Skyhunter by Marie Lu”